What characterizes the emerging art scene in the Gulf region? What place does Saudi Arabia hold, and more specifically the cities of Riyadh and Jeddah, in its development? In what direction are the artists, collectors and managers who work in the region looking? Taking advantage of the special moment provided by the ARCO International Contemporary Art Fair and the exhibition by Ayman Yossri in Madrid, Casa Árabe and Madrid’s Sabrina Amrani Gallery are organizing a round table discussion with role-players who have first-hand knowledge of this cultural reality, which is not commonly experienced within our country’s art scene.
Visual artist Ayman Yossri will be conversing with collector Basma Al Sulaiman, the founder of Basmoca, Saudi Arabia’s first virtual art museum, and with Sara Raza, an art curator and expert on art from Central Asia and the Middle East, with a great deal of experience in the Gulf region.
This round table talk will be presented by Eduardo López Busquets, the General Director of Casa Árabe. The event is taking place on February 20 at 7:00 p.m. at the Casa Árabe auditorium in Madrid (address: Calle Alcalá, 62).

Born in 1966, he has lived in Jeddah for nearly his entire life and fully identifies with Saudi Arabia, though he is actually of Palestinian origin. This feeling of national dislocation has an effect on his artistic production. Yossri’s work is characterized by his desire to create situations instead of producing specific merchandise designed for being hung, purchased and sold. He deals with topics involving identity and shared collective social memories. Ayman Yossri Daydban’s exhibition will be on until March 1 at Madrid’s Sabrina Amrani Gallery, with a series of works completed in the last five years, brought together under the title “Common Grounds.” This is the first time the artist is holding an exhibition in our country.
www.sabrinaamrani.com

An important art collector born in Saudi Arabia but residing in London since the year 2000, Al Sulaiman completed studies in English literature, and modern and contemporary art at Christie’s. She had already begun to collect Orientalist antiques and pieces in the eighties, though her interest was then led towards contemporary works, especially as a result of the famous Sensation exhibition at the Royal Academy of Art in London. Amongst the many contemporary artists from around the world that can be found within her collection, she has always dedicated a special place to the work by Saudi artists. Her desire to make them better-known can be seen in the first virtual museum of contemporary Saudi artists which was founded by this lover of art with the name of BASMOCA.
www.basmoca.com

An independent art critic and curator, Ms. Raza is the founder of Punk Orientalism, a multidisciplinary platform which focuses on art from Central Asia in the post-Soviet era. She has been a writer for the magazines ArtAsiaPacific Magazine, Ibraaz and Harper's Bazaar Art Arabia. She currently resides in London and the Middle East, and she is the assistant curator for the Maraya Art Center in Sharjah (UAE). Since 2010, she has taken part as a speaker at Sotheby's Art Institute (London). She has held the responsibility of curating and educational programs at the Alaan space in Riyadh, Saudi Arabia. She has worked as an independent curator for the Tate Modern. Her most notable curating project has been Rhizoma, presented at the latest Venice Biennale.
www.sararaza.com 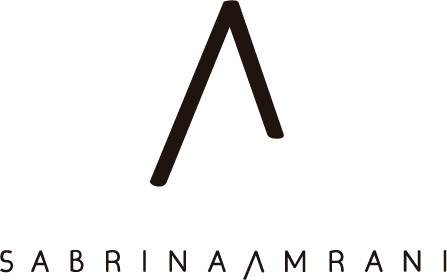